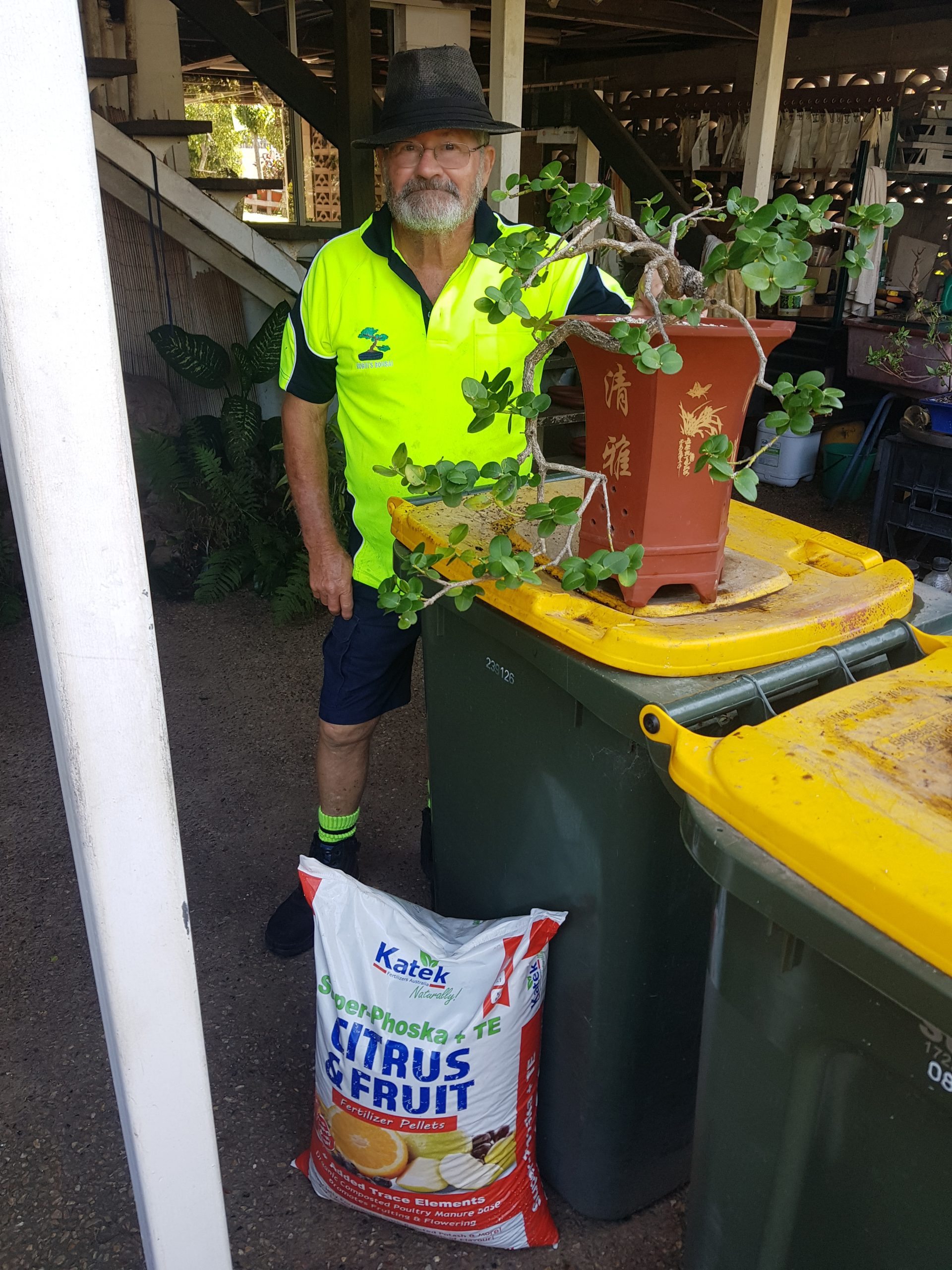 Robin Godfrey began growing bonsai trees for purchase almost by accident. He started out buying for a previous business but came to the conclusion he could do a better job of them himself and as he tells it

“Somewhere between then and now, the priorities changed and next thing I`m doing bonsais full time!”.

Running the business from his home, a stones throw from the Oxley train station, Robin spends his days watering, pruning, potting, training (the trees, not at the gym) and feeding an estimated 2500 trees!  This vast empire of bonsai’s are all at various points in their bonsai journey.  Some of trees are just babies at under a year old, while some of the older trees have had their 50th birthdays!

With so many mouths to feed and the value of many of the trees being into the thousands of dollars, choosing the right fertiliser is an important decision. 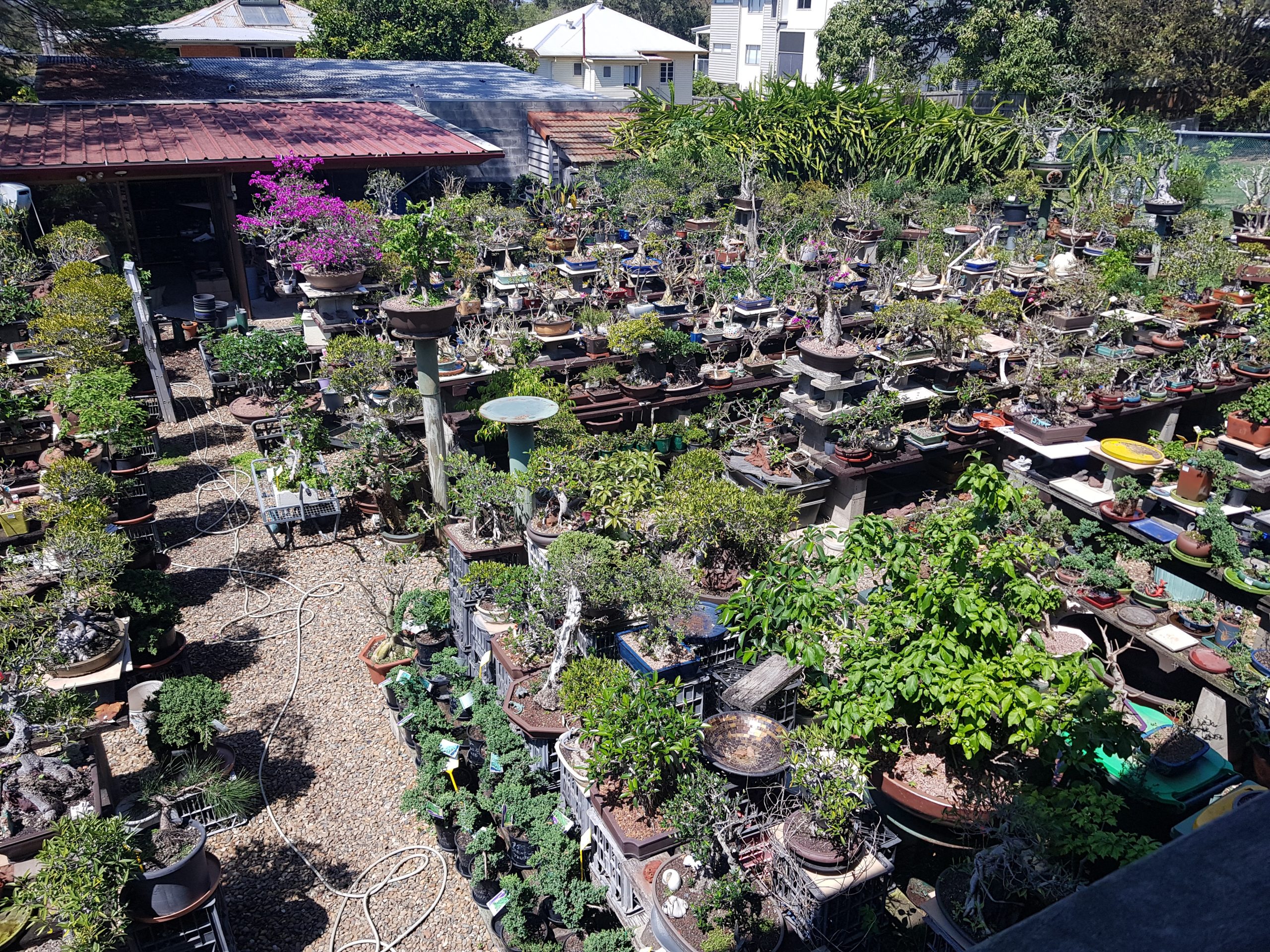 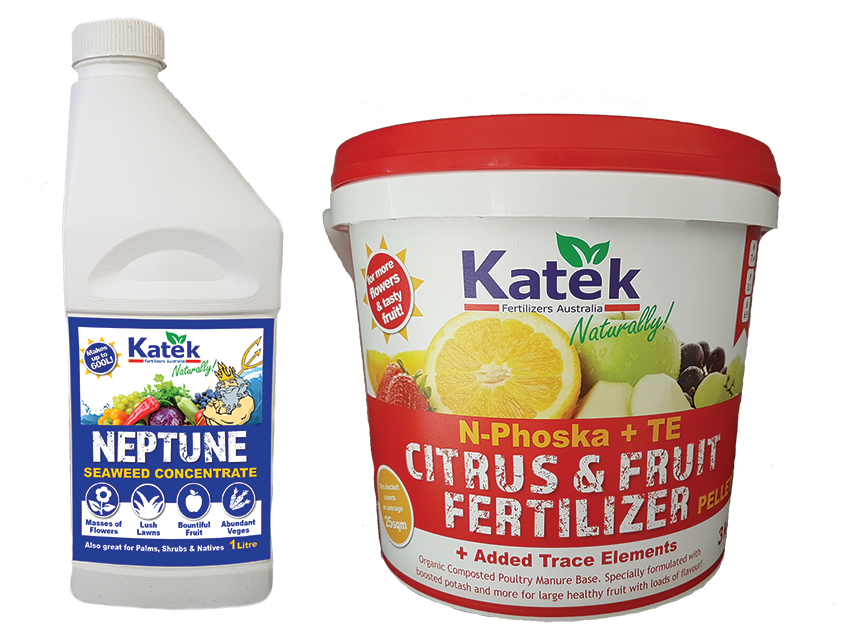 “One of the main issues I find is trace elements. Sometimes it can be several years between soil changes for a bonsai, and trace elements often run out”.

“Our citrus fertiliser is loaded with trace elements, and has a balanced NPK so it seemed like a logical fit. The nutritional requirements don`t change just because the trees are small”.

Robin has now been using Citrus and Fruit for about 2 years now and he feels that things are tracking along very well.

”I use this as a base and then use the Neptune seaweed product every couple of weeks as a top up and things are chuffing along well. I don`t seem to have the unexplained tree health problems that used to crop up from time to time before”